The workflow for creating meshes of phase space data with the software suite residing inside a Docker container. The tessellation data in figure (right) depict a spatial distribution of up quarks as a function of proton's momentum fraction carried by those quarks; bX and bY, spatial coordinates (in 1/GeV = 0.197 fm) defined in a plane perpendicular to the nucleon’s motion, x is the fraction of proton’s momentum and color denotes probability density for finding a quark at given (bX, bY, x). These preliminary data are generated by Dr. Sznajder and processed/tessellated with CRTC's CNF_I2M tool. Their visualization is accomplished by Dr. Gavalian using Paraview.
Cross-section across the Y plane of the 3D spatial distribution of up quarks (see above)
Benchmark of adapted meshes of a Gaussian with two peaks 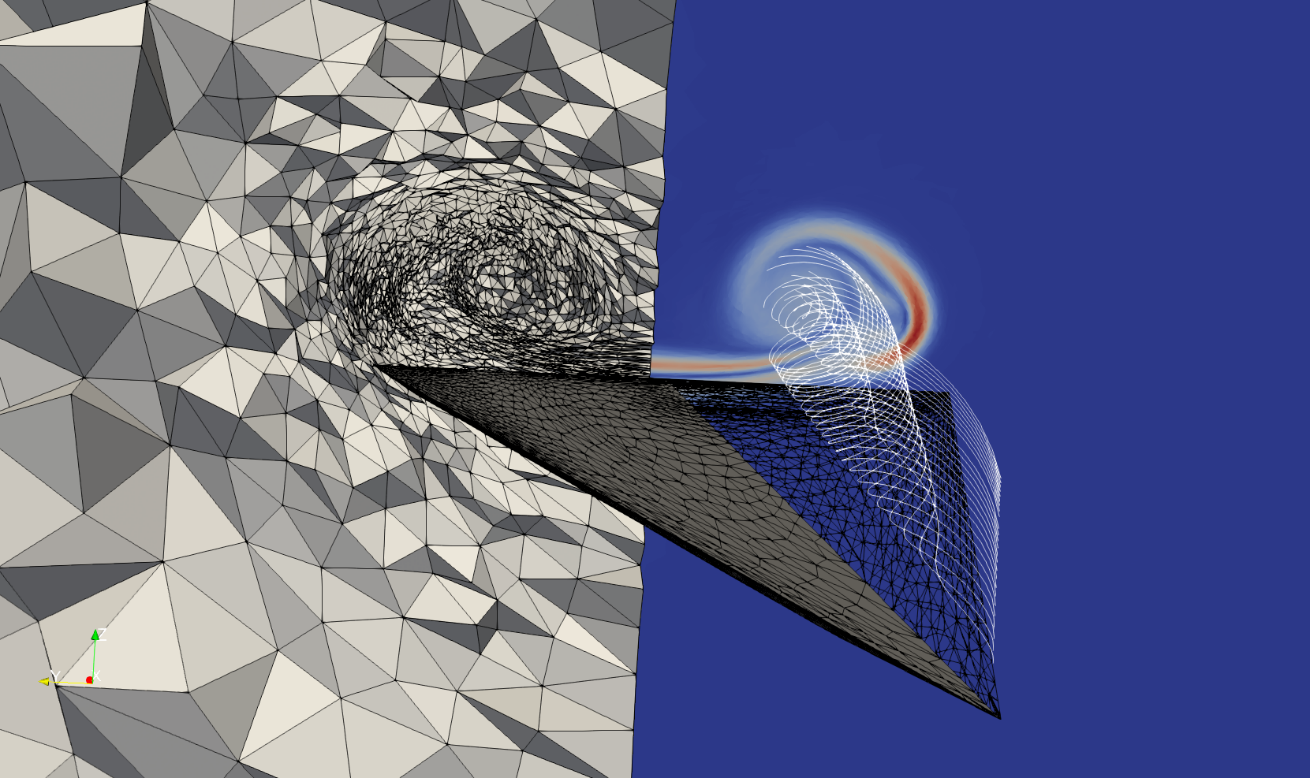